The Beatles Ashram in Rishikesh, India

Greetings from Haridwar, India, where I have been staying since Tuesday at a beautiful Ashram that is within walking distance of the Ganges River.

Yesterday we took a day trip to Rishikesh, which is considered to be the Yoga capital of the world, mainly in regards to the spiritual aspects of yoga beyond the poses. Rishikesh is located on the Ganges River. Here the river is wide, deep and fast flowing. It was an amazing day.

I’ve selected 7 photos, out of the very many I took, to take you on a virtual trip through Rishikesh.

Starting with a large statue of Hanuman who is an important character in the Ramayan (the story of Lord Ram) in Hinduism. 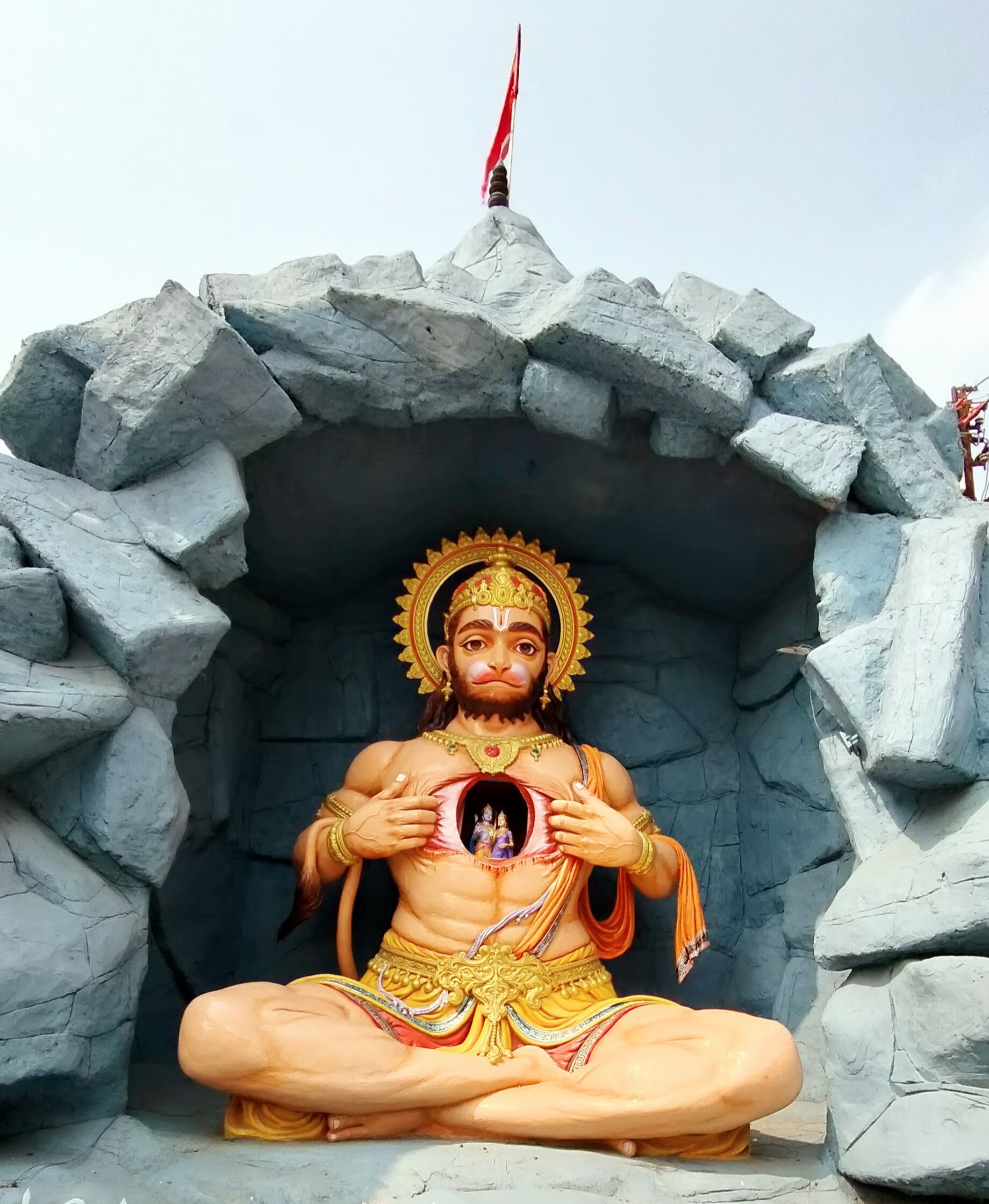 It is said that someone once offered Hanuman gold, and his reply was to ask; what need of gold do I have when God himself dwells in my heart? Perhaps challenging Hanuman, the one who offered the gold demanded Hanuman to prove his claim and show him God dwelling within. Thereupon Hanuman tore open his chest to reveal Lord Ram and his consort Sita there within his heart. Although I have heard this tale many times previously, standing there in front of this large statue and hearing Luv recount the tale again was very moving. How wonderful it would be if everyone could also feel their own fullness, the Divine oneness of themselves with the whole universe, and be free from chasing after worthless desires such as gold. 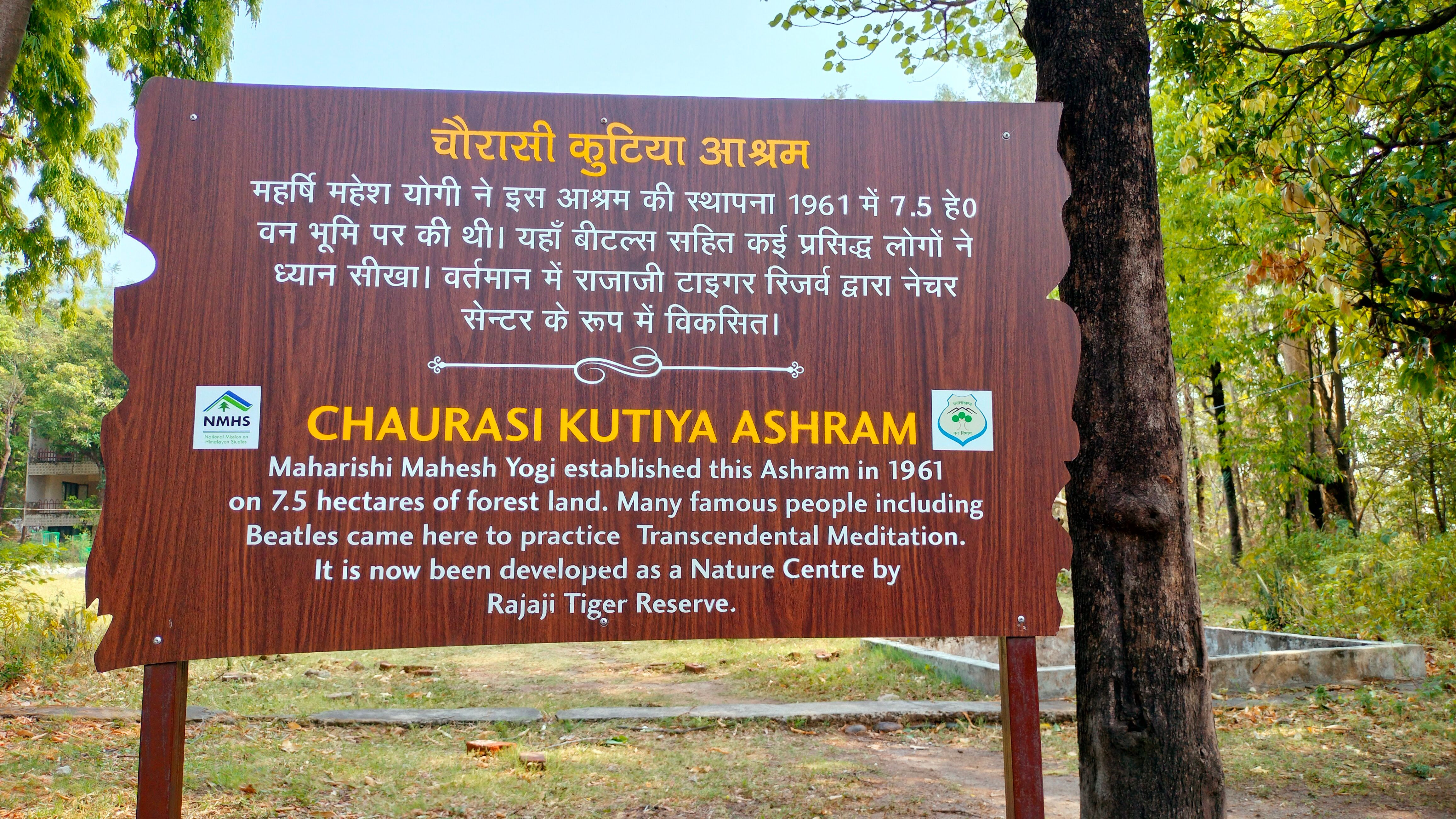 One of the Ashrams we visited is nicknamed; The Beatles Ashram because they had stayed at the Ashram and studied with Maharishi Mahesh Yogi. 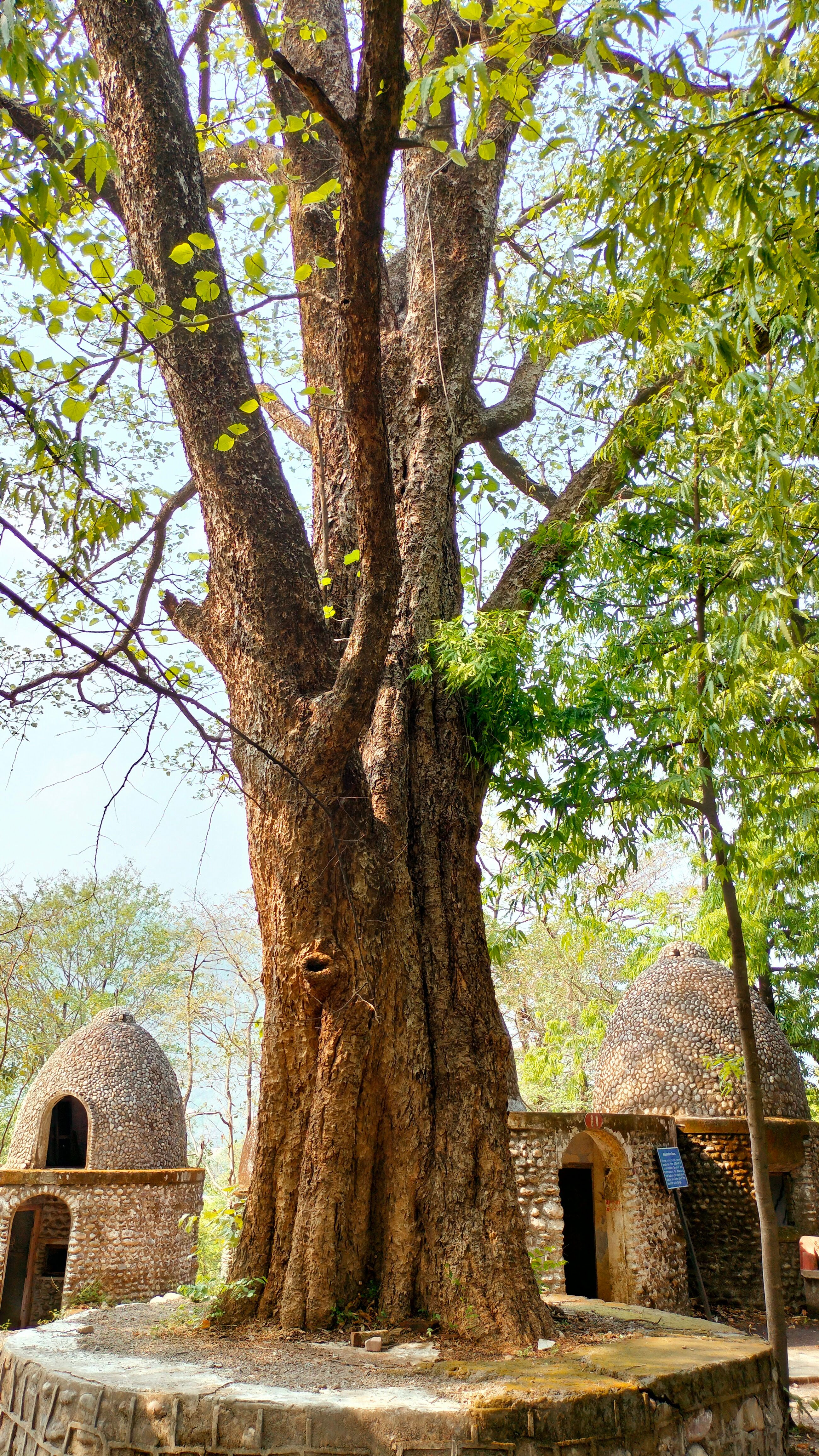 At "The Beatles Ashram" there were many meditation caves, which were small huts made from large round stones taken from the Ganges river. 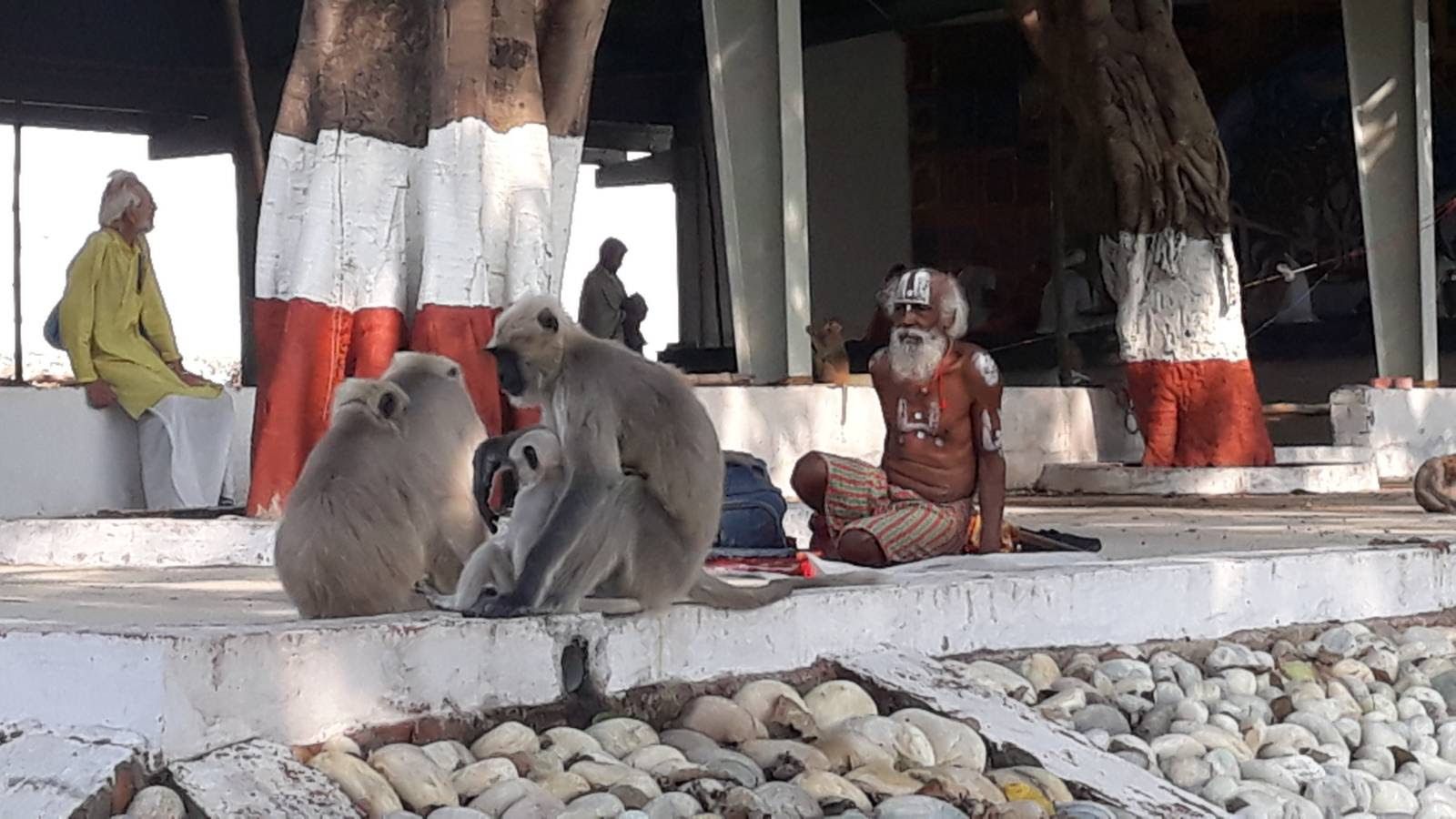 Leaving the Ashram we saw a Sadhu (one who practices the spiritual path) feeding fruit to the monkeys. 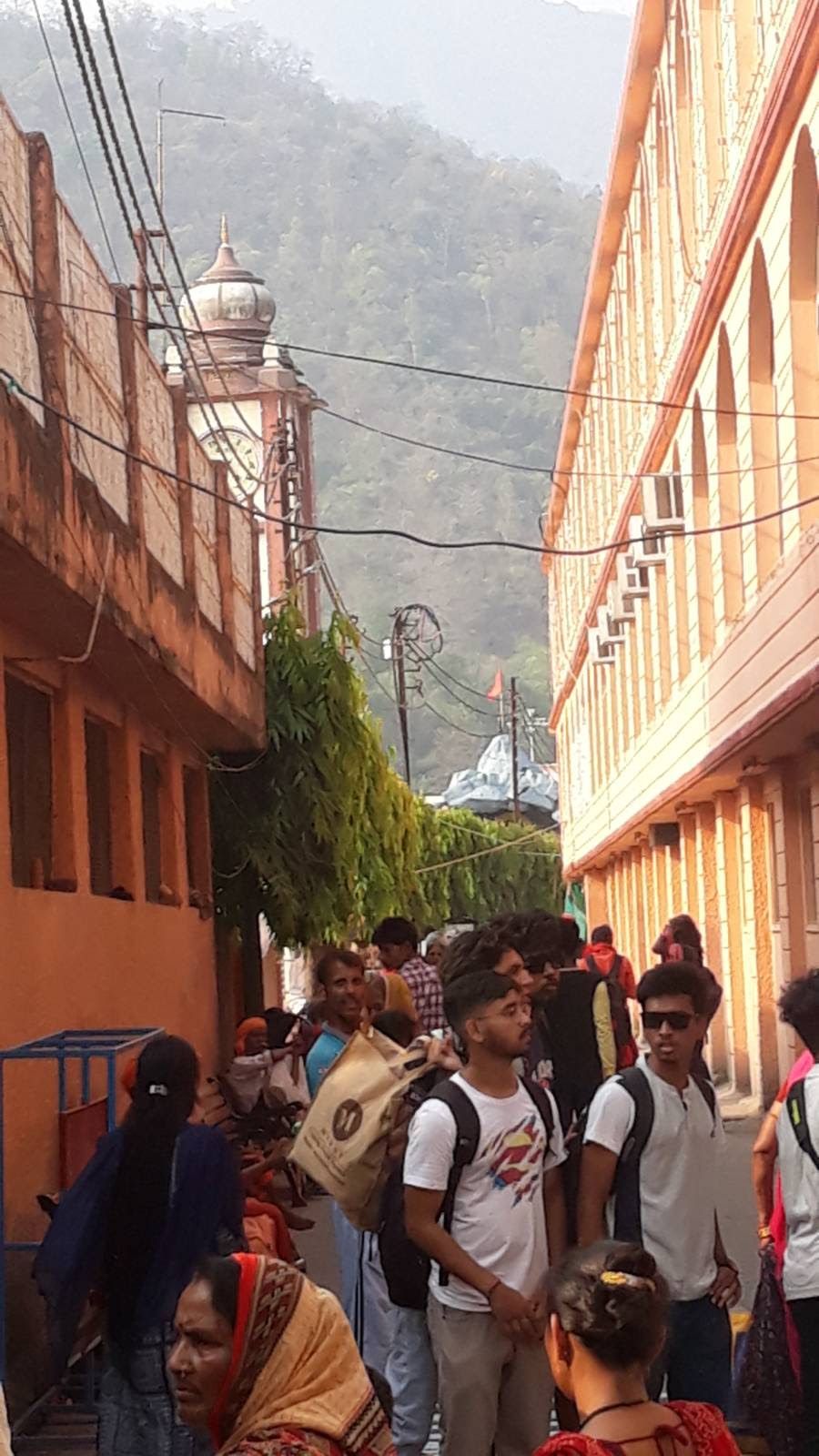 A typical crowded street in Rishikesh. I loved the view of the mountain in the background. The wall on the right side of the photo is a boundary wall of a different and very large Ashram. We visited several and also took our lunch within one as well. 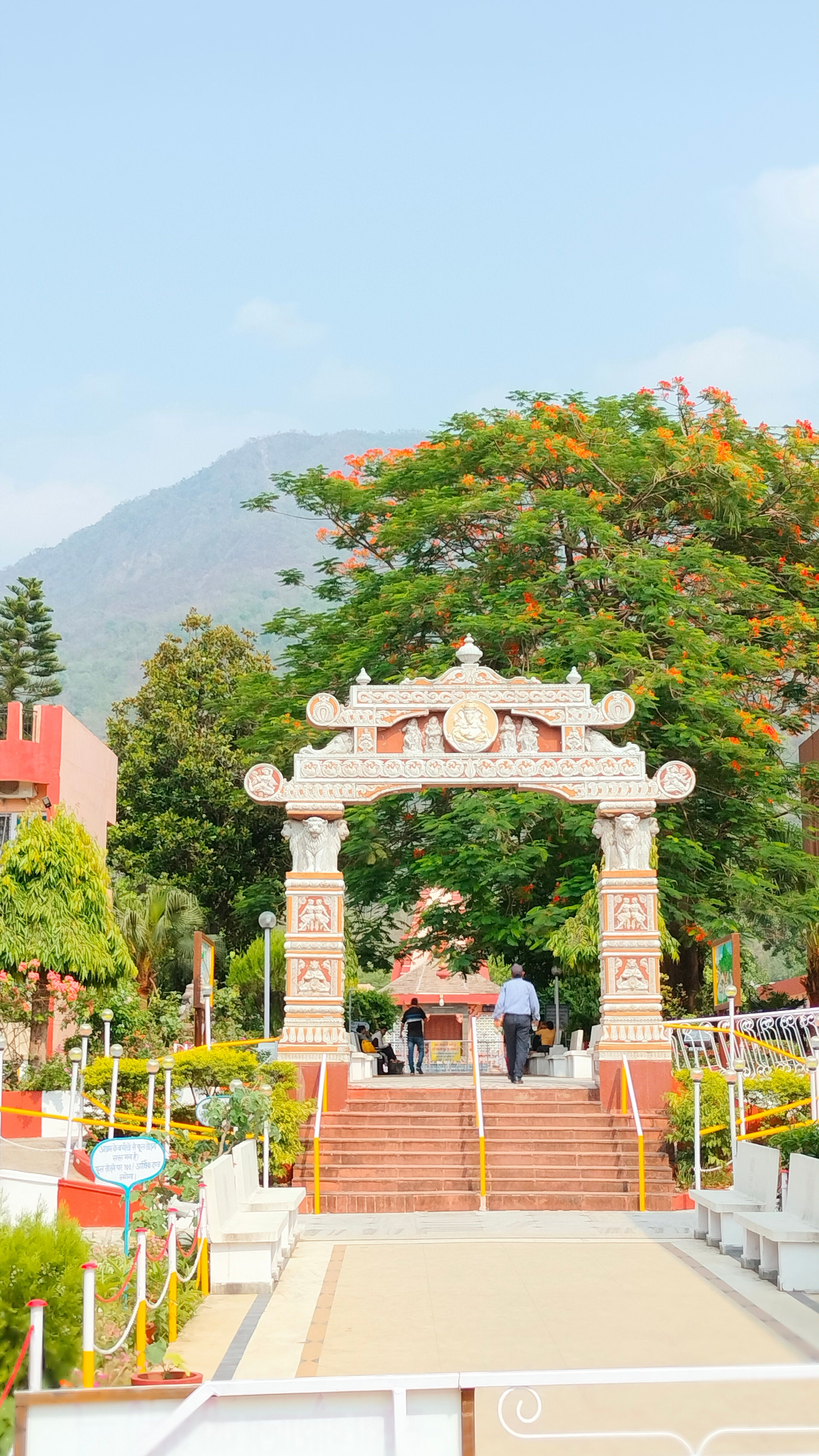 This was yet another Ashram. I found the entryway very beautiful. 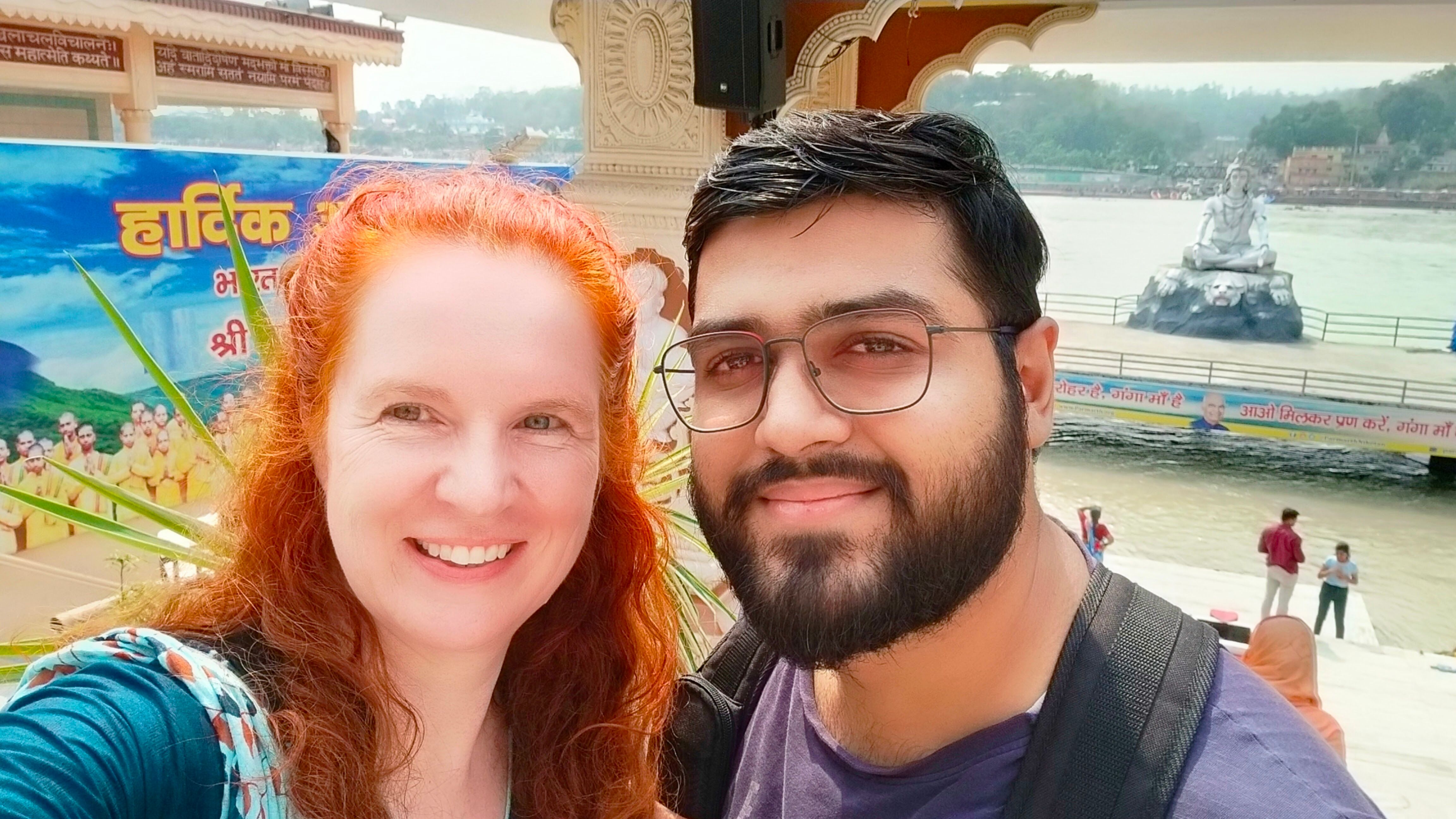 And lastly, a photo of me, Luv and Lord Shiv at the Ganges.

It was an incredible experience. I hope you enjoyed sharing a glimpse of it with me.